This author has not yet filled in any details.
So far admin has created 36 blog entries. 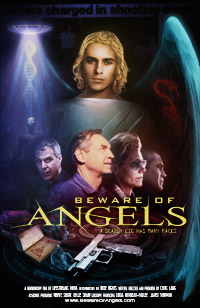 We’re excited to team up with Adventist Review to present a pre-release screening of Beware of Angels!

Roger Morneau’s final book Beware of Angels chronicled the real-life account of a Bible study group that fell into spiritualism and ultimately murder.  Our latest project, also titled Beware of Angels connects the Halstead murder case with other supernatural encounters.  TV news footage, newspaper headlines and some of Roger’s own comments about the book are included.  Former occultists include a new age priest (Will Baron), the grandson of a high-ranking freemason (Mark Cleminson), a “secret” disciple (Holly McCutcheon) and an occult apprentice (Adam Hendron) who nearly committed suicide to […]

About Miracles didn’t leave me with this incomplete version of God, a God who only demonstrates favor by miracles..."