According to our distributor Indie Rights, Beware of Angels ranked #17 out nearly 600 films in the month of September! This is remarkable as their list also includes full-length feature films. Beware of Angels was produced on a limited budget and had only been out for six months. “At first the ranking shocked us, and we’re extremely humbled and excited about it,” stated Chris Lang, director/producer. The film became controversial almost overnight as it documents the nearly universal belief in the immortality of the soul (including most of Christianity) and contrasts it with the Bible’s views. 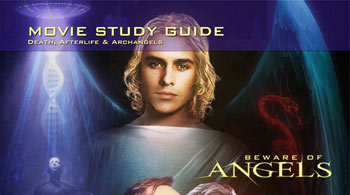 The vast majority of Amazon movie reviews are rated either 5 or 1. The film is intended to challenge viewers to reconsider their traditional beliefs and the Bible’s views about death and the afterlife. The many positive reviews confirm that people are searching for truth in a culture where spiritualism has become the new normal. One viewer wrote: “Wonderful film! At first blush, I was concerned that it had only received a 3.1 rating but the reason became clear when I looked at the rating breakdown. People appear to love it or hate it. Those are usually the best movies to watch and this movie was no exception…” Another stated: “So thankful for this informative documentary, as well as the testimony provided. It just goes to show you how important it is to know your Bible and to know thy enemy! Lucifer knows the Bible better than any of us and knows how to use it against us.”

Since the film can’t cover all the theological ground, we created a free 14-page study guide (PDF) as a companion to the film. It covers many topics, including “problem texts” that many Christians have historically misunderstood. SPOILER ALERT: the study guide includes story lines from the film. We recommend that you watch the film first since it will help the viewer understand why this issue is crucial for you and your family.