FILM OVERVIEW: About Miracles features four dramatic, true stories about modern day miracles. Told by the actual people involved and featuring gripping reenactments, these stories will amaze you as they strengthen your faith.

A man is robbed, then shot in the head at point-blank range and left for dead. A woman hears a voice telling her to go to the ER even though she has no physical symptoms. A student has just one week to raise thousands of dollars for a mission trip. A baby is injured in a car accident and gradually loses his sight while his parents pray for healing.

Life is dangerous. Complicated. Mysterious. In an age where God is no longer the central focus, the modern mind often prefers scientific arguments to explain life experiences. About Miracles offers the facts surrounding these true stories and concludes that sometimes…the only logical explanation is God. 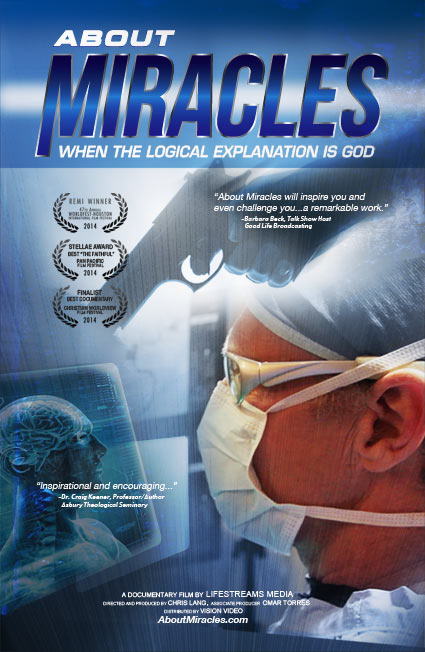 Whether you believe in miracles or not, this documentary is amazing…