FILM OVERVIEW: Each year in the United States, about 2 million women lose a pregnancy either through miscarriage or elective abortion (33% of all pregnancies). Although the term “post abortion syndrome” is not an official medical diagnosis, those who experience pregnancy loss know it’s real. And, while there are great differences between miscarriages and elective abortions, the emotional trauma that follows any kind of pregnancy loss is often very similar. Too often the Church is not a safe place to talk about this “silent pain.” How can the Church bring hope and healing to individuals who are experiencing such trauma while continuing to affirm the sanctity of every human life? When Mourning Breaks illustrates practical ways to love and support those who are hurting from a pregnancy loss.

Couples and single adults, physicians, chaplains and counselors talk about the impact of miscarriage and elective abortion on emotions, relationships, marriage and faith. Often called a “women’s issue,” this groundbreaking documentary film provides equal time for men to share the pain of lost fatherhood. By sensitively presenting the stories of grieving women and men, When Mourning Breaks encourages compassion and offers hope. 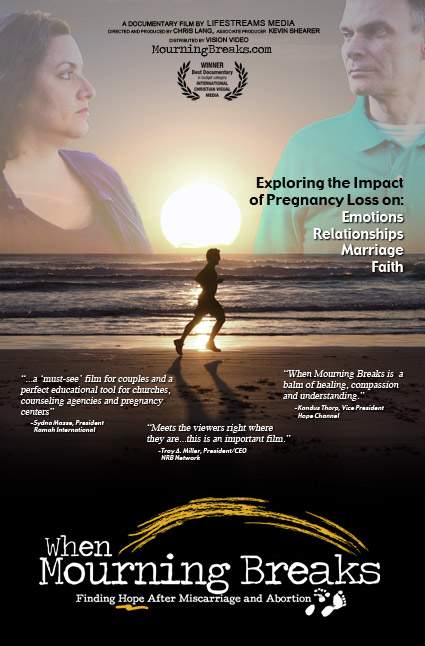 Whether the pain stems from a recent loss or unresolved grief from the past, When Mourning Breaks meets viewers