SYNOPSIS: A woman is drawn into an ancient mystical tradition hoping it will deepen her walk with God.

FILM OVERVIEW: Stephanie had been a lifelong Christian and didn’t see danger in Spiritual Formation practices, such as Contemplative Prayer, Lectio Divina and walking the Labyrinth. Promoted in the West by Catholic mystics in the middle ages, these practices have similarities to Eastern mystical traditions and ultimately, religious philosophy.  Spiritual Formation is an ecumenical curriculum designed to foster spiritual experiences without focus on biblical teachings.  Through a long series of events, Stephanie took a stand to come out. 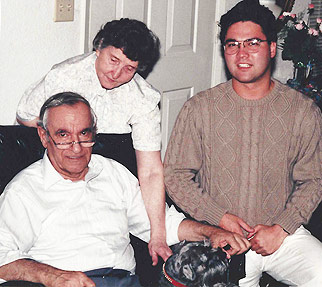 Dondi, Stephanie’s eventual husband, became a friend of Roger Morneau, a demon worshiper who became a Christian author and founder of an international prayer ministry (see his conversion story in Charmed By Darkness – the life and legacy of Roger Morneau). Roger shared with Dondi the treasures of his dynamic prayer life which resulted in thousands of answers for thousands of people! Roger’s legacy of biblical prayer provides a sharp contrast to the claims of Spiritual Formation and its mystical prayer known as Christian meditation or contemplative prayer.

The final chapter is coming soon.  Sign up for our newsletter to get release updates!